To share your memory on the wall of Bryan Sliger, sign in using one of the following options:

Following WWII, Roy worked as an auto mechanic in Illinois and Tennessee before being selected into the TVA electrical operator program. His TVA career included work at sixteen hydroelectric plants, and two fossil generating plants. He retired from TVA after more than 30 years of service.

Roy was a devoted member of the First Church of God, Englewood, TN. He served as Deacon, Trustee, and attended faithfully until his health declined.

Roy is predeceased by his wife of 71 years, his parents, his step-mother Grace Hayes Sliger, his brothers George Curtis Sliger of Knoxville, TN, and James Carl (Jimmy) Sliger of Athens, TN, and his sister, Martha Sliger Denton, of Franklin, TN. He is survived by his son and daughter-in-law, Eric and Linda Sliger, of Aiken, SC; granddaughter Kim Nagy of Charleston, SC; granddaughter Kelly Spilbor and husband, Noel, of Summerville, SC; grandson Ryan Beanand wife, Becky, of Camden, SC; great-grandchildren, Wallace and Eric Mays; Bradley and Macy Bean; and numerous nieces and nephews.

Due to Covid-19 there will be no funeral service. In lieu of flowers, donations can be made to the First Church of God, 1340 TN-39, Englewood, TN 37329 (please note in memory of Roy Sliger). A graveside service is planned for Saturday, September 26, 2:30 p.m. at McMinn Memory Gardens. CDC guidelines will be followed.
Read Less

To send flowers to the family or plant a tree in memory of Bryan Leroy "Roy" Sliger, please visit our Heartfelt Sympathies Store.

We encourage you to share your most beloved memories of Bryan here, so that the family and other loved ones can always see it. You can upload cherished photographs, or share your favorite stories, and can even comment on those shared by others. 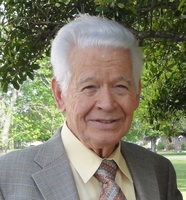