To share your memory on the wall of Janice Kuykendall, sign in using one of the following options:

To send flowers to the family or plant a tree in memory of Janice Rose Kuykendall (Roberts), please visit our Heartfelt Sympathies Store.

Print
A memorial service will be held at a later date to be anounced.

We encourage you to share your most beloved memories of Janice here, so that the family and other loved ones can always see it. You can upload cherished photographs, or share your favorite stories, and can even comment on those shared by others.

Guaranteed hand delivery by a local florist
AM

Posted Jan 16, 2021 at 02:40am
I am so very saddened to hear of the passing of Ms. Kuykendall as I accidentally ran upon your Obituary I am in great shock as I thought the world of you for many years. I would like to extend my sincere condolences and deepest sympathy for the family on such a huge loss. I love you Ms. Kuykendall and will certainly miss your kindness. My dear mentor for thirty years.
Comment Share
Share via:
DB

Posted Jan 11, 2021 at 06:10pm
Dear Christy, Marcia and family. I know the Lord will be with you in this time of sorrow. Janice was a beautiful person in every sense of the word. She was always happy, pleasant, helpful, friendly and always doing something for someone. I am blessed to have known her and her wonderful spirit. She will be sorely missed.
Love, Donna Boitnott
Comment Share
Share via:
RM

Posted Jan 11, 2021 at 05:35pm
Dearest Christy, Marcia and Families,
Sending our prayers and condolences to all. I have so many fond memories of Janice. She taught me so much when I worked with her at Southeastern Silo Co. - one being how to make gravy go a long way!! We cooked lunch just about every day. Then I got to bowl with Janice and the other ladies on the team that my Dad sponsored. Great times and memories. May the Lord bless you all. Janice will be missed. She was loved by so many. One day we will get to see Janice again. It's God's promise. Janice will forever be in our hearts! Love to all the family!
With Our Deepest Sympathy,
Bobby & Rosie Maddron
Comment Share
Share via:
LD

Posted Jan 11, 2021 at 04:08pm
Dear Christy,
My mother worked with Janice at First National Bank, and always spoke highly of her. Later, when you were in my class,
I got to know her as your mother. Then she and I took several Bible studies at First Baptist together, and we became friends.
She was absolutely one of my favorite people...always so pleasant, friendly, and interested in life. She had a deep faith
in the Lord, and I look forward to seeing her again.
With love and sympathy, Lynda Roderick Dougan

Posted Jan 10, 2021 at 09:32pm
We have loved Janice since first meeting her. So very special. We are so sorry for the family. Christine Watson Corum and the late Cecil Watson who love and respected her so much
Comment Share
Share via: 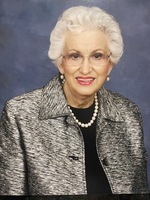