To share your memory on the wall of Allen Boyd, sign in using one of the following options:

To send flowers to the family or plant a tree in memory of Allen Douglas Boyd, please visit our Heartfelt Sympathies Store.

There are no events scheduled. You can still show your support by sending flowers directly to the family, or planting a memorial tree in memory of Allen Douglas Boyd.
Visit the Heartfelt Sympathies Store

We encourage you to share your most beloved memories of Allen here, so that the family and other loved ones can always see it. You can upload cherished photographs, or share your favorite stories, and can even comment on those shared by others.

Posted Jul 22, 2021 at 09:11am
I am deeply saddened by the loss of my friend and mentor . Words cannot explain how much I cared for Colonel Boyd . We first met in the early 70's ( I was recently released from active duty) . He hired this unqualified kid into his section at the Air Guard. The years that followed , made me realize that I was blessed to have known Allen Boyd. He gifted me with many mementoes from his past military service ( have some on my shelf now as a reminder of Colonel Boyd ) Living away from Tennessee , I only got to see him twice in recent years . I send my love to Lucille and his family . The world was a better place because of Allen Boyd and Heaven is in joy with him there now. Ending I'll say what my last phone conversation to Colonel Boyd conveyed , " You know Colonel if weren't for You ,I'd be nothing , Love You Colonel" ... ( he discounted my comment , and signed off , "Love You ,Randy"
God bless my friend and mentor Allen Boyd
Comment Share
Share via:
BH

Posted Jul 20, 2021 at 07:56pm
I am so incredibly saddened to hear this news just now. Allen was such a dear, sweet man and I will miss him very much. I am so sorry that Lucille is having to bear this. I will always remember him with love and appreciation. He was a man of high principles and intelligence who cared deeply about humanity. I'm so sorry that I didn't go see him recently, but I am so very glad that he called me a friend.
Comment Share
Share via:
DM

Posted Jul 20, 2021 at 08:35am
I remember the Boyds well. After my family moved from California we lived on Pine Street one block over from the street the Boyds lived on. They lived just up from Professor B. L. Hales house. Allen's Mother, Rosabel, served on the Athens City School
Board at the same time my Father (John E. McKenzie) did. In fact, they played a part in the building of City Park School. If I remember correctly, Rosabel and Dad both came up with the idea of naming it City Park. What a contribution Allen and his family have given to this community.

Just heard from Daddy (Bill Snyder - Niota) about Allen's passing. I am so sorry for your family's loss. Such a fine gentleman in all ways, he was a favorite of Daddy's and appreciated your his and Miss Lucille's visits during Mama's decline. He also loved visiting y'all up on the hill. I know his passing leaves a heartache. Just wanted you to know we are thinking of and praying for you and yours at this time. Love and Sympathy: Bill Snyder- Niota Tn Sandra Snyder Hunter Thurmont Md 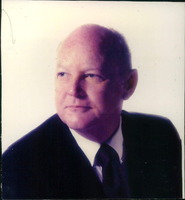